New Tyre To The Rear

New Tyres to the Rear

We recommend that you use newer tyres for the rear set, for extra safety in unforeseen or difficult situations (emergency braking, tight bends etc) particularly on wet surfaces.

Numerous tests have shown that it is easier to control the front wheels than those at the rear.

Front tyres generally wear quicker than those fitted at the rear, particularly on front wheel drive cars, which are currently in the majority.

New tyres fitted in front : The behavior of the car will change, because the front / rear balance will be reversed The driver, used to a car with less grip at the front, will therefore be taken unawares On a slippery road, the rear will lose traction before the front of the vehicle The driver will have no chance of controlling the rear, and will be tempted to accelerate further, which will amplify the spin effect. Only an experienced driver will be able to recover from this dangerous situation... New tyres fitted at the back

New tyres fitted at the back : The handling of the vehicle will be similar to that known by the driver before the tyre change, because the traction balance will be the same Rear traction will be better, and the driver will be able to control and steer their vehicle without a problem by decelerating and turning the steering wheel in the direction of the bend That's why we advise you to reduce the risks you take by fitting new or less worn tyres at the rear of the vehicle for: Better grip on bends Extra safety

END_OF_DOCUMENT_TOKEN_TO_BE_REPLACED 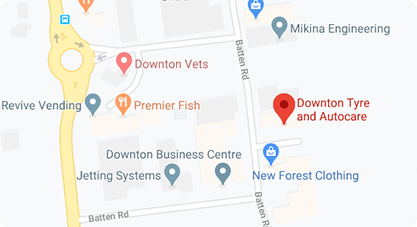 We use cookies to give you the best possible online experience. If you continue without changing your settings, we'll assume you are happy for your web browser to receive all cookies from our website.